Ad impressions spike with the launch of Lumia range 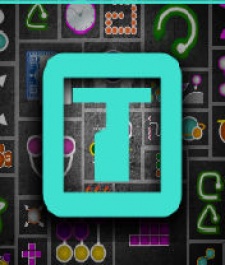 April 19th, 2012 - 01:27pm
By Tom Worthington
Over a year after launching Taptitude on Windows Phone, developer FourBros Studio says interest in the game has spiked - it's seeing on average $1,000 in daily income.

Releasing Taptitude as a free title, the Washington-based developer originally used a combination of advertising services to generate revenue including cross-promotion network AdDuplex and Microsoft's own pubCenter, that latter paying on a daily ad impressions basis.

So much for first impressions

The chart below shows the recent day-by-day figures showing how revenue has spiked.

FourBros broke down the details on its official site which shows record numbers of players using Lumia phones.

HTC still remains Taptitude's most popular platform but Nokia's range is quickly catching up, as you can see in the bar graph below. 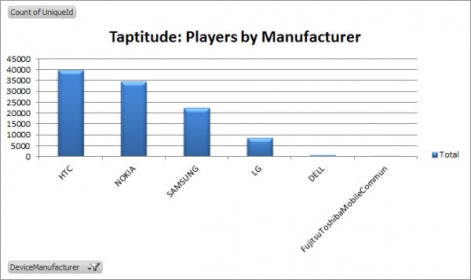 Being one of the few success stories to come out of the Windows Phone crowd, FourBros have proved it can be a viable platform especially for indie developers.

"Windows Phone is a rapidly growing market where indie developers can be successful," said FourBros in a post of their official site.

"We are looking forward to an even better second year as indie game developers, and can't wait for Windows 8!"
As mentioned in the comments below, there was a misunderstanding regarding FourBros involvement with AdDuplex. This story has been altered as a result.