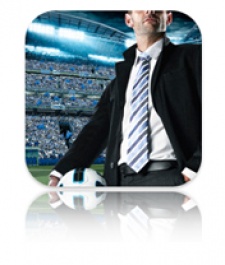 April 24th, 2012 - 02:35pm
By Tom Worthington
Football Manager developer Sports Interactive has vowed to stick with Android, despite suffering a 9:1 piracy rate on the platform just two weeks into the release of Football Manager Handheld 2012.

Sports Interactive boss Miles Jacobson described the piracy rate as the worst he's ever seen, citing the platform's lack of working copy protection and Android's popularity in countries where piracy is a prominent problem.

"It's really disappointing that there are so many people out there who love our work, and spend countless hours being entertained by it, but don't think we deserve to get paid for that entertainment," said Jacobson.

Sports Interactive had previously been reluctant to work with Android due to its "fragmented state". Indeed, this latest debacle is likely to further shake its confidence in Android.

"There are server costs for downloads of skins, extra customer support and QA costs (because many pirates still ask for customer service), costs of looking into future business models to protect things better, costs associated with taking down links to pirated versions of the game - all these things take time, money and have an opportunity cost too, as that time could be spent doing other things."

Despite this news, Jacobson said he's confident the game will eventually hit the studio's targets.

"If it doesn't hit targets, then we won't be doing another one for the platform - that's a simple business decision though for a couple of months' time," said Jacobson.

"We certainly hope to continue to support it - there are still lots of honest people out there who want games on their platform of choice, and we want to be able to provide that to them. So hopefully we still can."

This isn't the first time Sports Interactive has suffered as a result of piracy.

Jacobson notes the piracy rate for Football Manager 2009 up until mid-March was 5:1.

"Typically piracy gets worse later into a game's lifecycle," he said, "so this would have ended worse than that, as the Android version likely will too," said Jacobson.

"There are no excuses for any form of piracy - if you don't want to pay the price set for a game, don't pay it, and don't play it. Gaming is an entertainment form, it's not a human right."