16 companies using it, if not all exclusively

April 25th, 2012 - 12:19pm
By Jon Jordan, Contributing Editor
In the competition to come up with an industry standard replacement to UDIDs, Appsfire is claiming an early lead.

The company is pushing its open source OpenUDID technology, which is cross-platform, open - in terms of being capable of being shared by different companies in the ecosystem - and contains an user opt-out.

The only issue is that it uses the device clipboard in a way in which it wasn't designed, and that there are plenty of other replacement alternatives.

Still, with consensus likely to proceed slowly, the news that OpenUDID is being used by 16 companies, plus Appsfire itself, puts it in a strong position.

Key supporters include the likes of W3i, Tapjoy, Apsalar, SponsorPay, Greystripe, AdColony, Adfonic and MoPub, which has just released research that suggests a 100 percent accurate device ID is worth around 18c of eCPM to the industry. 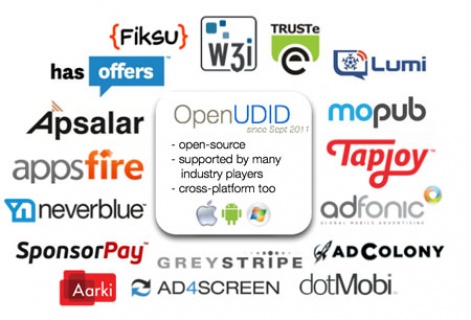 Significantly, though, while some of these companies are supporting OpenUDID, they're not doing so exclusively.

Adfonic, for example, is part of the rival ODIN working party, which has its own ODIN1 standard, while Fiksu's Craig Palli told PocketGamer.biz that he thought the industry would eventually use a first party cookie.

Also most of its supporters are ad mediation and monetisation companies rather than the larger advertising networks who will have a large part to play in the replacement decision.