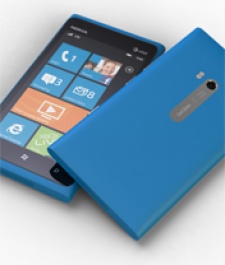 April 30th, 2012 - 03:35pm
By Tom Worthington
It's not often you find a former Apple luminary casting praise on anything Microsoft has a hand in, though co-founder Steve Wozniak has something of a reputation for speaking his mind since leaving in 1987.

His latest comments  coming in light of news Nokia posted a loss of $1.8 billion last quarter  focus on the Finnish firm's range of Windows Phones.

Wozniak gushed about Nokia's Lumia in an interview with Gina Smith (co-author of his autobiography iWoz) and Dan Patterson, praising the Windows Phone interface in comparison to Android's "cumbersome OS" and what he described as the "awkward" nature of iOS.

So impressed was Apple's 'Woz', that he went on to say the experience of using on Windows Phone was akin to working "with a friend not a tool."

"Every screen is much more beautiful than the same apps on Android and iPhone."

Though Wozniak didn't state exactly which phone he was referring to, the former Apple man has previously admited he'd set his sights on a Lumia 900, with Nokia's flagship handset the likely target of his praise.

Wozniak went on to explain that his Nokia is just one handset in a foursome of smart devices he carries with him, including a Motorola Droid RAZR and a duo of iPhone 4S handsets.