#bbwc All about the flow 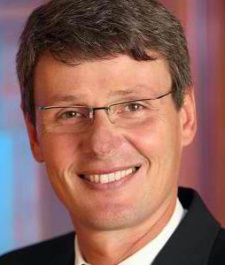 May 1st, 2012 - 03:13pm
By Jon Jordan, Contributing Editor
Since Thorsten Heins took over as CEO of RIM three months, things haven't improved much for the BlackBerry manufacturer.

The share price remains under pressure, there's been management restructuring, and constant rumours about the company's strategic direction.

Heins wasn't getting involved in any of that, of course, in his first keynote at the company's annual BlackBerry World event, this year in Orlando, Florida.

This is my crowd

No Steve Jobs, but at points Heins' keynote verged on the conceptual, underpinned by what he referred to as 'BlackBerry People'.

"These are people who build their success, professional and personal, on their BlackBerry devices," Heins argued.

"It has been three months since I've been CEO. And a lot has been said and written about BlackBerry during this time, but I believe in the unique value BlackBerry offers to our customers every day."

Talking about different aspects of the business, he said that while services such as entertainment, social media and productivity tools were important, that wasn't where BlackBerry was unique.

10 is the magic number

What people really wanted to hear about, however, was the future direction of the company.

Most important will be the market reaction to its new mobile OS, BlackBerry 10.

At the show, developers are getting their first impressions with the first hardware release. Called BlackBerry 10 Dev Alpha, it's a non-consumer device (that looks a bit like an iPhone 4S) running the first version of the BB10 OS.

Demonstrating some aspects of the OS was Vivek Bhardwaj, RIM's head of software portfolio.

He highlighted the 'flow' of the OS, a word that the company will, no doubt, be heavily marketing when BB10 is released.

One example was swiping seamlessly into and between different applications (rather like the iPad Twitter app but throughout the OS - see screens below), while another showed off typing feature on the software keyboard, which lets you touch and swipe up, down and back to select new words, symbols or quickly delete words. 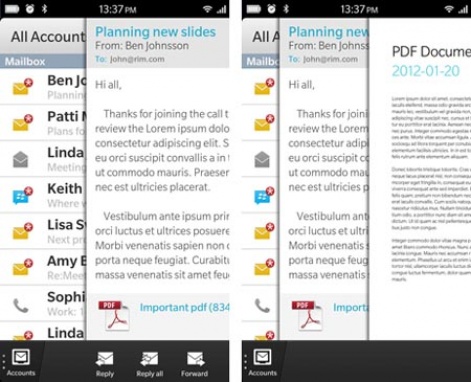 The final demonstration was how burst photography will be used to enable users to select the exact image they want; for example choosing different faces in group photos to get the best overall image.

But it will be a combination of the OS, hardware and cloud-services by which BB10 will succeed or fail; something Heins acknowledged.

"Everyone asks me everyday about BlackBerry 10," he said.

"We did a lot of analytics about the next decade of mobile computing, and decided we needed to take a very separate route.

"We made the hard choice and took the hard route. We're taking our time to make sure that it's right."

BlackBerry World 2012: RIM CEO Thorsten Heins - We're here to win, not to be in the game