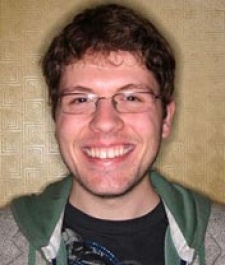 OpenFeint founder Jason Citron, who was replaced as CEO of the social platform in September 2011, has unveiled his new venture at a demo dayput on by incubators YouWeb and StartEngine.

The new firm, Phoenix Guild, currently consists of just Citron, but it will look to deliver what's described as 'post PC' social games for smartphones and tablets, taking advantage of touchscreen controls.

Citron isn't looking to launch a standard social studio, however, but rather one that appeals to what could be pitched as a more 'traditional' userbase.

"All of the gaming today is casual or mid-core," he told VentureBeat

"There is a huge bunch of gamers who can't frigging stand this crap, myself among them."

As such, Citron will move to deliver games that will appeal to console gamers, and he's currently in the process of raising $1 million in seed funding to set the company on its way.

We can expect to see Phoenix Guild's first game hit the market before the end of 2012  Citron is currently writing code solo, though expects to expand his team shortly.

The firm's broader aim, however, is to "be Funzio" - itself just acquired for $210 million by OpenFeint owner GREE  but "fast forward that by five years."