TIGA guilty of looking out for itself rather than indies, claims Zee-3's Ste Pickford

Charging for self-pub guide goes against the grain 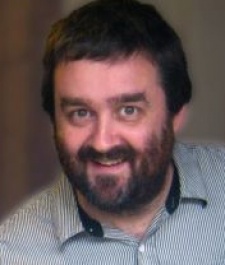 May 3rd, 2012 - 02:29pm
By Keith Andrew
Championing an indie scene that has always looked after its own, Zee-3 co-founder Ste Pickford has questioned the role of UK trade association TIGA in the industry.

Ste has taken to his studio's blog following TIGA's decision to launch a self-publishing guide. The 44 page paper is free for TIGA members, but outsiders have to pay £120 to pick it up.

That's a stance that, in Ste's view, is evident of an association more concerned with looking out for itself than for the industry at large.

"Not only does everyone in the games industry share help and information freely already - and thanks to the internet that information is easily and instantly available - but the current trend in video game self publishing is for making our actual games themselves free to play," comments Ste in the entry.

"Everything has free now, and we're all working out how to live with that."

Ste harks back to TIGA's founding days, which he claims came about as a result of a Government sponsored trade mission in Japan he took part in, along with representatives from Blitz, Kuju, Climax, and others.

"We spent half a day together in the hotel bar, getting drunk and swapping gossip and business advice with each other.

"It was so useful we all decided that we needed to do this more often, and that when we got back home we should form some kind of organised group for UK devs to come together and swap info like this on a regular basis."

When TIGA finally came into force, however, he claims the "the organisation had morphed into something more suited to the needs of the bigger UK studios", featuring "membership fees designed to keep out bedroom coders."

He adds, "We've been invited to join a few times since then, but after that kick off meeting I've never been sure that the organisation actually represents us as developers.

"TIGA has always lobbied the government for tax breaks for the UK games industry, which I'm somewhat ambivalent about, and their close connection to, and therefore legitimisation of, the controversial Train2Game organisation makes me slightly uncomfortable too."

In the end, the launch of the self-publishing guide highlights where Ste believes TIGA is going wrong.

"So the organisation supposedly representing game developers, the very group that ideally would be at the centre of this free flow of information between the people who make free to play games and offer free help to each other, is charging £120 for a book of tips and advice," he concludes.