DeNA has a record Q4, also boosting FY11 sales to a record $1.8 billion

Both Q4 sales and annual sales were a record for the company, and as well as seeing a rebound in operating income, DeNA also stopped the decline in its margin.

This means that DeNA is improving its efficiency in terms of costs. 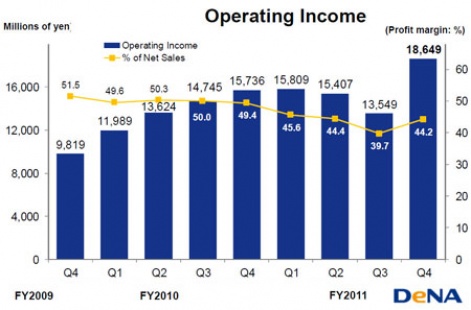 These were up significantly - labour costs in particular are now around $47 million a quarter - but sales were up proportionally moreso.

Looking at the core of DeNa's business, it broke out the sale of its Moba-coin in-platform currency.

This has been rising, up sharply 25 percent quarter-on-quarter.

During Q4, DeNA pointed out that Moba-coin consumption was more than ¥50 billion (around $630 million).

Obviously Q4 consumption was higher than Q4 sales because the currency isn't used immediately so there's always past purchases being consumed. 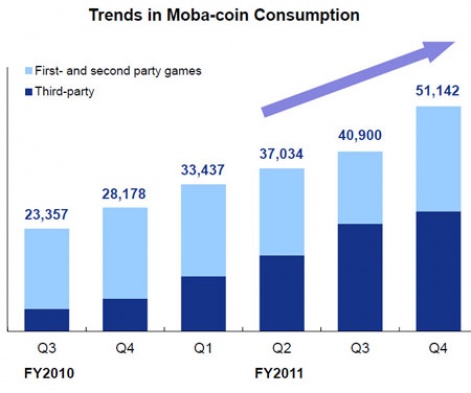 DeNA ended the quarter with cash and equivalents of ¥57.5 billion (around $720 million), up around $93 million compared to three months ago.