République has over 9,000 backers 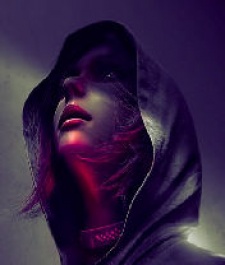 May 11th, 2012 - 06:43pm
By Tom Worthington
With just hours left to spare, the Kickstarter project for Camouflaj's mobile game République has reached its $500,000 target, after more than 9,000 backers chipped in to see the game developed.

The high profile crowd-funded project had only collected $285,000 of its target amount earlier this week, fuelling doubt that it might not be able to pull in the remaining funds it required in time.

"We did it! We reached our goal! Thank you everyone! This has been surreal" said the studio's head Ryan Payton in a tweet.
Inspired by George Orwell's classic novel Big Brother, République will be released on iOS devices in June 2013. A PC and Mac version will follow in September 2013.

Payton comes from an established development background, with roles at Kojima Productions and as a former creative director on Halo 4 on his resume.

He said the development team had refused offers from investors and publishers, as it intends to keep the République IP in the hands of its creators.

"For my team and for players, I want to create République as a franchise wholly-owned by the creators and be able to do the edgy, controversial and new design ideas the team wants without some suit telling us what we can and cannot do," Payton told PocketGamer.biz in an interview earlier this week.

"We want to be creators, and at the end of the day, it's the player that's going to benefit from our unleashed creativity."

For more information on the game, visit the République Kickstarter page.

The making of Republique

Camouflaj's Ryan Payton on Kickstarter, Republique, ambition, and the possibility of raising $215,000 in three days