The Appia Ad Network now reaches more than 500 million customers worldwide. That's up 250 percent in little over a year from the 200 million the platform boasted in April 2011.

Appia's new PPI service is designed to deliver more flexibility for developers and allow them to target users more efficiently.

All together, studios signed up to Appia can now drive user activations through pay per download, pay per install and organic carrier store downloads.

The news comes as the company touts what it bills as "huge growth" over the course of the last year. 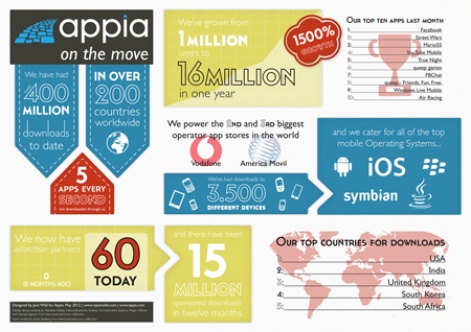 As such, Appia has now delivered more than 15 million sponsored app installs, without having to tempt users with in-game currency or other rewards.

According to founder and CEO Jud Bowman, it's all evidence the firm's strategy is present and correct.

"Over the past twelve months, we've seen proof of our open app marketplace platform strategy with the explosive growth of our user base," explained Appia founder and CEO Jud Bowman.

"Our robust advertising network now represents one of the largest platforms available to developers for targeted user acquisition, and we're excited to announce support for Google Play along with expanding the services designed to promote and facilitate downloads, while vastly improving ROI and advertising effectiveness."

Appia secures $10 million from Venrock in latest funding round