Almost a year and a half after Activision closed the doors of Liverpool-based Bizarre Creations, the publisher has announced its intention to return to British shores - this time in the form of a new mobile-focused studio.

The unnamed outfit, which is yet to be finalised, was confirmed by an Activision spokesperson, who told Develop the publisher is "investing in mobile initiatives and that includes a UK studio."

Activision has appointed Martyn Brown - the Team17 co-founder, who joined the publisher in early 2012 - to hunt for staff for the outfit, with Develop claiming the publisher is currently scouring the north of England for talent.

Its formation comes after many of those who headed up Bizarre Creations have made a move on mobile, most notably in the form of Hogrocket, which was behind the iOS release Tiny Invaders.

According to trade association TIGA, however, the new studio is sign of the strength of the games industry in the UK - something aided by the Government's decision to deploy a tax break as part of the last budget.

Back in the game

It's also being billed as a feather in the cap of the organisation itself, which campaigned heavily for the tax breaks.

"This is a massive vote of confidence in the UK games industry and demonstrates that TIGA's successful campaign for Games Tax Relief is already bearing fruit," said TIGA CEO Richard Wilson.

"This is a terrific day for the UK games industry, for people looking to work in our high technology, high skilled industry, and for the UK economy. We are back in the game." 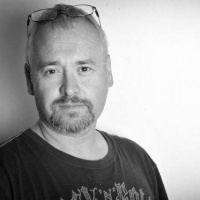 Reply
Martyn Brown
Please note that your news report is inaccurate. I did not begin consultation for Activision until early 2012, not 2011. I spent 1 year working with independent studios such as Double 11, Exient and others. I'd appreciate it if you could amend your error.
Posted 10 years, 1 month ago