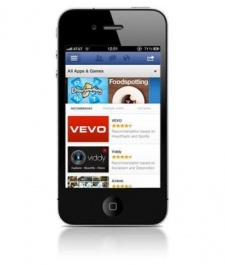 May 24th, 2012 - 05:21pm
By James Nouch, Staff Writer
Facebook has revealed its forthcoming App Center will drive mobile app installs by redirecting users to native apps on the App Store or Google Play where possible.

The new platform will be designed to run across both smartphones and PCs, allowing installs to be driven both on and off device.

Users browsing App Center from a computer will see a 'send to mobile' option appear if viewing apps suitable for Android, iOS or the mobile web.

Clicking said button will send a notification to their device that, when activated, will direct the user to the appropriate marketplace.

App Center will also be available to peruse from within the Facebook mobile app, or via the social network's dedicated mobile webpage.

Users need only tap 'Install' on an app detail page to be logged in and redirected toward the relevant App Store entry, Google Play page, or mobile web app.

If the user has already installed the native app, tapping at it in the Facebook App Center will open up the relevant application, passing on an access token for the authenticated user.

"Soon, with the App Center, it will be easier than ever to drive mobile app installs and reach the over 500 million people using Facebook on mobile devices."

Facebook App Center is part of the firm's drive to up its presence in the mobile space, with analysts having criticised what they claim have been flawed previous strategies to take advantage its operations on smartphones.

While mobile advertising remains a tricky issue for Facebook, it's hoped App Center will improve the social network's revenue rates on iOS, Android and the likes: Facebook Credits will be used to monetise applications, with Zuckerberg and co. taking a 30 percent cut from all App Center spending.

Developers looking to take advantage of the platform are advised to read Facebook's App Center tutorial. 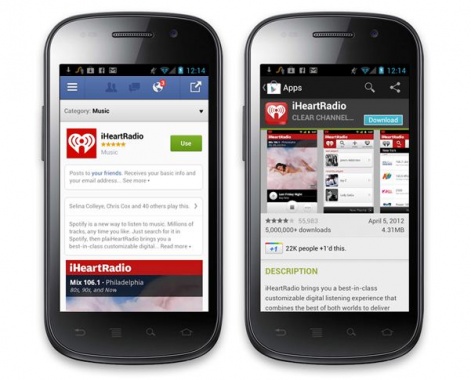