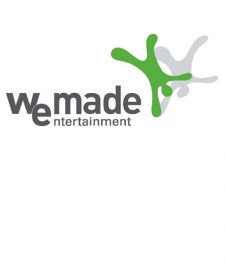 May 28th, 2012 - 03:58pm
By Keith Andrew
Korean publisher WeMade has announced its plans for E3 2012, with a stand in the South Hall set to be complimented by a dedicated press event.

The firm has claimed it will look to push eight titles for iOS and Android at the three day extravaganza  due to kick off on 5 June  including the unveiling of a never-seen-before-blockbuster.

Alongside its official E3 presence will be an off-site press conference that the firm claims will provide the media with a "more personal perspective from the CEO."

WeMade's intentions for E3 are in no way cryptic, however.

"We will aim to become the No. 1 global game company, starting with E3," said CEO Namgung Hun.

"Combining WeMade's core competency and experience, we believe our mobile game lineup will bring unforeseen changes in the industry throughout the globe."

WeMade  which made its name in the onling gaming arena, with MMORPG franchise The Legend of Mir - claims it is looking to release a total of 20 games on mobile platforms during 2012.

On that score, it notes its appearance in Los Angeles will highlight its intention to "compete with console games" that the firm believes "have been the incumbents of the gaming industry and E3 leading up to now."

WeMade's E3 unveiling comes after Japanese social giant GREE announced it too will be in the South Hall, marking what commentators are billing as a major move by mobile firms on the event.