Strong Lumia sales could stabilise Nokia before end of 2012 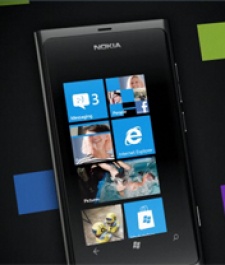 May 31st, 2012 - 12:27pm
By James Nouch, Staff Writer
Despite what it claims will be a decline in the firm's share of the smartphone market, credit-rating agency Standard & Poor's has claimed Nokia's Lumia range could serve as a lifeline for the manufacturer.

The agency believes sales of the firm's Lumia range will stabilise the embattled Finnish OEM's revenues by the end of 2012 or the start of 2013 thanks to their higher price, with Nokia's Windows Phone strategy finally beginning to pay off.

S&P's assessment comes days after ABI Research questioned Nokia's longterm survival, with analysts having previously suggesting the company is burning through its cash reserves at far too fast a rate.

Nonetheless, the agency delivers a note of caution, suggesting there's still a chance Nokia's decision to back Microsoft's platform  at a time when sales of its traditionally strong feature phones are falling  could prove costly.

"The negative outlook reflects the possibility of a downgrade in the next 12 months if we see that the non-IFRS operating margin in the Devices and Services division remains at or below break even, or if consolidated FOCF remains negative, as this would further reduce Nokia's net cash position," detailed S&P in its report.

"This could be the case if revenues from Lumia smartphones do not increase significantly toward the end of 2012 as we currently expect, or if margins deteriorate further due to competitive pressure."

Likewise, the agency notes it could "revise the outlook to stable" if, as predicted, Lumia proves to be a turning point for the firm.