May 31st, 2012 - 06:17pm
By Keith Andrew
GREE has announced its to showcase a total of six games at its first ever booth at E3 in June, with Capcom's tentatively named Resident Evil VS. leading the line.

The Japanese social giant has booked a large stand in E3's South Hall alongside console powerhouses Konami and Take-Two.

It's now revealed said stand will be populated both with first-party releases, such as card battler Driland and Wacky Motors, and titles from GREE's major third party partners.

Three of the titles in question  Gang Domination, Closet Wars and Shaking Vegas  are due to launch before the end of July, though the rest are simply tagged as "coming soon."

GREE will also serve up an "in-depth, behind-closed-doors look" at its forthcoming mobile social games platform, which recently launched in beta form.

"In addition to GREE's exciting lineup of games, there will also be several spokespeople on hand including Eiji Araki: SVP of Social Games for the US Casual Game Studio and Ethan Fassett: SVP of the GREE platform product team for all of North America," the firm said in a statement.

E3 is set to serve as an important promo tool for GREE, as it looks to build up further support in the west for its games platform, based on OpenFeint's existing service.

In all, the company claims a total of 26 different games for GREE from publishers and developers will be on display, including two games from the recently acquired Funzio.

GREE will also celebrate its E3 debut by hosting an invite-only party at Club Nokia on 5 June, featuring what the company claims will be a "special music guest." 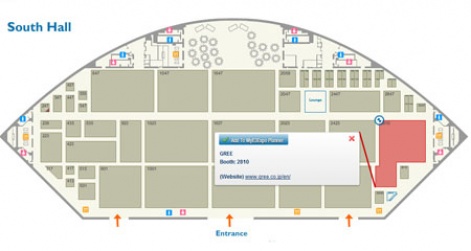