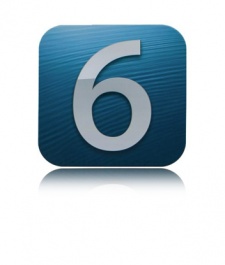 June 11th, 2012 - 08:57pm
By Keith Andrew
Adding to the numbers theme, Apple used its WWDC 2012 keynote to unveil an iOS 6 equipped with a total of 200 new features, with deeper Facebook integration leading the line.

Games wise, there was little to chew on, but  as predicted  iOS made tapping into the world's most popular social network its priority.

Indeed, at a time when talk of a 'Facebook phone' is rife, it certainly makes sense, though it truth, the kind of features heading iOS's way will seem especially familiar to Windows Phone owners.

Devices equipped with iOS 6 will now automatically update a user's contact details, as well as adding events to the calendar app.

Users will also be able to post status updates directly from notification center and native apps such as Photos, Safari and Maps  exactly the kind of integration Microsoft's platform boasted at launch.

Finally, users will also be able to 'like' content directly from both iTunes and the App Store, with Apple moving away from employing its own social tools to plug into Facebook's instead.

"iOS 6 continues the rapid pace of innovation that is helping Apple reinvent the phone and create the iPad category, delivering the best mobile experience available on any device," said senior VP of iOS software Scott Forstall.

The biggest announcement from a games perspective came in the form of Game Center's expansion, with Apple talking the platform to Mac, supporting turn-based and head to head multiplayer across both iOS and OS X.

As for iOS 6, Apple revealed it will support all iPhone's from 3GS onwards, 4th generation iPod touches and iPads 2 and 3, although not all features will work across all devices.

The update will officially launch in this autumn, though developers can download it in beta form straight away.

Reply
John
So pleased I have left ios behind, Android gives you the freedom and choice to make your aphone your own...google maps will be missed for sure, fragmentation just got a whole lot bigger, even iPhone 4 users are fragged
Posted 9 years, 5 months ago