Financial drive has to be put aside 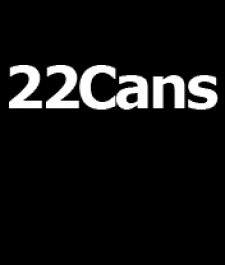 June 13th, 2012 - 11:46am
By Keith Andrew
Many freemium developers are too focused on monetising their games, designing them with a view to drawing as much cash as they can from players rather than serving up good gameplay.

That's the view of ex-Lionhead boss Peter Molyneux, who gave his thoughts on the free-to-play model  and, indeed, the suitability of such a name  during a BAFTA event, claiming many freemium games simply act as "demos with monetisation stuck on at the end."

Molyneux didn't dismiss freemium altogether, however. Indeed, he went on to say that the model can enhance gameplay if delivered correctly.

"If proper monetisation is built in from the ground up - and not designed some producer or some financially driven person - then I think amazing things can happen," said Molyneux.

"We, as human beings, love hobbies, we have different hobbies throughout our lives, and we love spending money on our hobbies. We love cooking for people and showing people our gardens.

"Why can't we have that thought about a computer game experience? So that people would want to invest money, not just feel compelled, or forced."

Molyneux's positive stance is anything but surprising, however. His first project since leaving Lionhead  having set up 22Cans  is dubbed Curiosity, where players will chip away at a cube.

They can pick from three chisels to do so, starting with the least effective but free default chisel, moving up to a more efficient 59p chisel, and ending with a £50,000 'diamond chisel', which will be sold to just one player.

"In a way it's testing the morality of monetisation," said Molyneux of the game.

"A lot of the time games monetise against cheating, if you're playing in multiplayer. And there is the whole moral issue about getting people addicted and asking for money from them. There are very few checks in place.

"I think that a lot of the people we call whales are kids that have grabbed their parents phones. I know my son has done that."