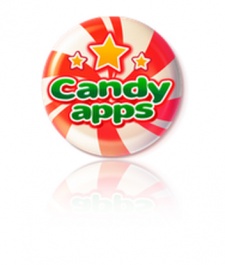 June 14th, 2012 - 05:04pm
By Keith Andrew
Russian publisher i-Free Innovations has launched a new app discovery platform for Android designed to direct users straight to the games they like.
CandyApps uses what the company bills as a proprietary app rating system. The platform monitors an app's release date, user ratings and an extensive tagging system, updating its rankings every two hours.

As such, the company claims CandyApps - which can be downloaded for free from Google Play - will only ever feature proven apps, relevant to the platform's userbase.

"When you combine the strength of our proprietary app rating system and our editorial team sorting, reviewing and comparing hundreds of apps on a daily basis, users can trust that only the best apps will appear in their search results," said MD Kirill Petrov.

"This makes CandyApps the ultimate way to find apps in one easy-to-use Android app catalogue."

The company claims users can also use filters to make the search results even more personal, with CandyApps also sporting 30 set 'app collections', with only hand-picked, reviewed titles included.

Indeed, the catalogue itself goes beyond mere app descriptions, also linking in reviews from what

The apps pages themselves link directly to Google Play, allowing users to download the apps to their handsets with little fuss.