Vows to cut out the 'junk' 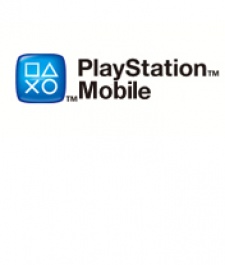 June 15th, 2012 - 02:31pm
By James Nouch, Staff Writer
Jim Ryan, head of Sony Computer Entertainment Europe, has said that the PlayStation Mobile users won't "stumble upon any of the junk that exists in that wider marketplace."

Discussing Sony's forthcoming games platform for the PS Vita and PlayStation Certified smartphones, Ryan explained that the company will be actively "ensuring that anything that is offered on this platform is of proper PlayStation quality."

"It's our brand that's at risk here," he told GamesIndustry.biz.

"Can we be completely laissez faire? I don't think so because then we'll end up just like all the rest and that can't happen."

Ryan explained that more than 50 studios are currently creating content for PlayStation Mobile, a platform which he believes could get smartphone owners interested in Sony's consoles.

"They get an opportunity to get involved in PlayStation and sample its world and if we do this right that migration process is likely to be a very happy consequence of going down this road," Ryan concluded.

Currently, PlayStation Certified device owners can download a selection of PlayStation One titles - none of which are free-to-play - but this wouldn't be the first time Sony has flirted with the business model as a platform holder.

Reply
Jonathan Morris Operations Editor
About time! I am not paying Â£5 to play an old PS One game - so low resolution and dated that there's barely any enjoyment at all. If someone wants to enjoy the nostalgia, look them up on YouTube. Sony needs to step up its game. PS2 games, lower prices or freemium - do whatever it takes to actually make gamers take an interest.
Posted 9 years, 7 months ago