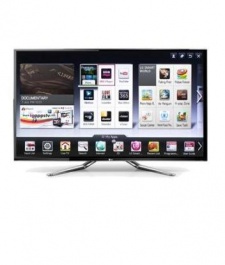 June 20th, 2012 - 02:44pm
By James Nouch, Staff Writer
LG, Philips, and Sharp have come together to define common technical requirements for apps on their smart TVs.

Planned for release in early October, the companies are collaborating on a beta SDK which will allow developers to create a single application that will run on smart TVs from LG, Philips and Sharp Aquos Net+.

The trio hopes that the initiative will enable app and game developers to spend less time testing and porting, and more time creating content.

It will obvious have implications for consumers in terms of ensuring their hardware offers the wider spectrum of games and applications.

"This cooperation is nothing less than a watershed in the brief history of smart TVs," enthused Havis Kwon, the president and CEO of LG Electronics Home Entertainment Company.

"By working in partnership with two innovators in TVs, we've taken a major step towards creating an app market every bit as inventive and dynamic as the one that exists for smartphones."

LG, Sharp, and Philips are inviting any other interested smart TV makers to participate in the initiative, and say that they're open to ideas and input from TV manufacturers and app developers.

We await to hear what Apple, Google and Sony say on the matter.