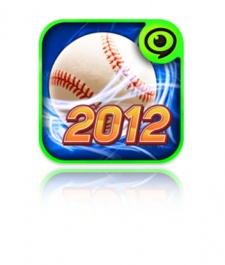 Said number has been amassed across both smartphones and feature phones, with the last 10 million downloads having piled up during a six month stretch between November 2011 and May 2012.

"We knew how many people loved baseball, the all-American pastime, so we took the basic gameplay and combined with a Gamevil RPG spin," the firm said in an emailed statement.

"We've come a long way - from the initial Baseball franchise game created in 2002 to the most current, Baseball Superstars 2012 - with each new game improving upon its predecessors."

Since the franchise hit 7 million downloads in September 2008  two months after the launch of the App Store  a total of 33 million Baseball Superstars games have been downloaded across formats, signalling an overall surge in the franchise's fanbase post smartphone.