Smash The Block to launch regardless of funds

July 5th, 2012 - 12:30am
By Keith Andrew
With an intention to 'kick the driver off the existing crowdfunding wagon', Spilt Milk Studios has taken to IndieGoGo in a bid to change the way indie developers look to fund their projects.

The game set to benefit  Arkanoid-style iOS release Smash The Block  is largely finished and due for release before the end of August.

However, Spilt Milk MD Andrew John Smith is looking for a total of $15,000 across a month long period in order to reward the game's development team.

Indeed, Smash The Block will be a free release on the App Store when it launches, and will make its debut regardless of whether the funding venture reaches its total or not.

Rather than the game's future depending on fans injecting funds, the firm's IndieGoGo splash is being used as something of a post development revenue raiser.

Those who contribute will be offered limited edition rewards and prizes  from bespoke character badges through to an invitation to the game's launch party  for their contribution. 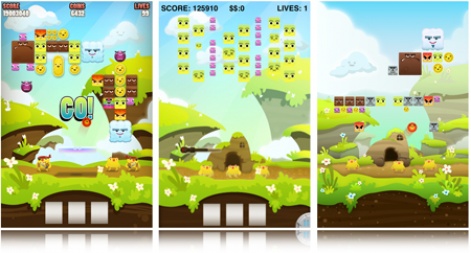 "I'm a bit scared - this crowdfunding attempt is slightly different to the usual stuff," said Smith of the venture.

"Smash The Block is looking very healthy, and we're aiming for a summer release, regardless of the outcome of this campaign.

"But we thought we could offer a ton of really cool limited edition merchandise and fun stuff  such as cake, baked by my very own hand  to anyone who's a fan of the company or what they've seen of the game so far."

No more noodles
Smash The Block's immediate future does not depend on the funds  developers are set to be paid through revenue shares if and when the game makes money.

However, Smith admits its IndieGoGo page is designed to ensure those involved "don't have to eat nine pence noodles" until the downloads roll in. 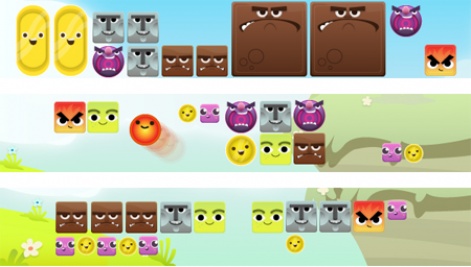 Further releases on other platforms may also rely on the funding target being surpassed.

Smith has stated the more money the IndieGoGo venture makes, "the more fans we'll be able to get our game out toand all the while, the game itself is going to be free."

"It's an odd tweak of the usual pre-order campaigns you usually see," he concluded. "We're nothing if not adventurous." Reply
Chris Newman
So the campaign is to fund an insurance policy for a developer who doesn't think their free app will monetize through, you know, being good enough? It's all a bit weird.
Posted 9 years, 1 month ago

Reply
Richard Davey
I found the whole thing utterly confounding to be honest. Keeping on saying the game will be free, but that the money is an advance on rev share. I assume can only mean it's free, but full of in-app purchases? (so not really free at all)

And then the part saying that the money will be split up between all the devs, but that the money is needed because making a great game isn't cheap and you need PR, marketing, etc. Just how far is this money meant to go?!

The game itself looks cute, but the way the whole Indiegogo page reads is a minor flood of rambling that felt contradictory in several places (even though I'm sure that was never meant to be the case)
Posted 9 years, 1 month ago