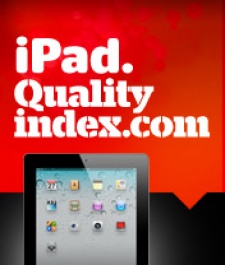 July 7th, 2012 - 10:00am
By James Gilmour, Video Editor
If you were wondering what the best-reviewed iPad games on the web last month were, here's the iPad Quality Index round-up for June to fill you in.

The iPad Quality Index boasts over 40,000 reviews from websites like 148Apps, Pocket Gamer, and iPlayApps, and uses a unique metric to create a single definitive score for each iPad title.

Wizards of the Coast's Magic 2013, the latest entry in the insanely popular Magic: The Gathering franchise, has dealt its way straight to the #1 spot, with reviewers labelling it the most refined digital incarnation of the card game series to date.

Headbutting their way into third place, however, come the underwater cowboys of casual RPG Squids Wild West, whose aquatic antics have made a big splash in critical circles.