Worth of companies actively suing is $1 trillion 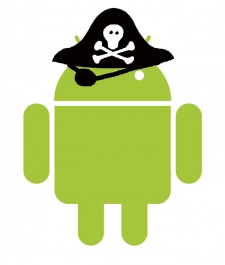 July 16th, 2012 - 07:17am
By Jon Jordan, Contributing Editor
It used to be something of a joke that Microsoft made more money from Android OEMs than it made from the sales of Windows Phone.

According to IP lawyer Florian Mueller, however, the massed ranks of companies that are in the process of suing over Android's alleged patent infringements just isn't funny for those attempting to build a longterm business.

Even before Fujifilm decided to get involved, the combined market capitalisation of Apple, Oracle, Microsoft, Gemalto, BT and Nokia is over $1 trillion.

Perhaps more worrying for Google and Android licencees such as Samsung and the Google-owned Motorola, the majority of these cases have gone against or seem to be going against Android.

Combined with an attitude within Google that Mueller describes as 'different states of denial', and things could get very expensive for all concerned, ironically as Android's share of the smartphone market continues to grow and grow.

Reply
Bryan Tianao
First of all, Florian Mueller is not an IP Lawyer and never has been. To quote his site he is an "intellectual property activist-turned-analyst".
Secondly, Florian is paid by the likes of Oracle and Microsoft. Anyone that quotes Florian should disclose this fact on their articles for transparancy.
Before and during the Oracle v Google trial Florian stated Google will end up having to pay $Billions. What happened with that? Oracle has to pay Google $4M to cover some of their costs.
Posted 9 years, 6 months ago