Casino gameplay with a cut for the house 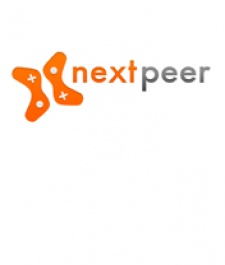 July 19th, 2012 - 09:20pm
By Jon Jordan, Contributing Editor
Israeli start up Nextpeer is looking to give all developers the opportunity to make their mobile games multiplayer.

Simply put, its SDK enables you to create tournaments - real-time or asynchronous - so players can compete with their high scores against friends and other players.

On that level, it's a great retention tool.

Retention isn't enough, however, which is why Nextpeer is now rolling out a new monetisation option.

Again the process is very simple, with developers offering tournaments where players wager a small amount of in-game currency. Of course, the winner takes the pot, and developers can decide to take a small cut - or rake - if they want to.

For games without their own in-game currency, developers can integrate Nextpeer coins.

"It provides another way for players to accumulate in-game currency without spending their money, albeit with the risk of losing a little of what they currently have," points out CEO Shai Magzimof.

He says that as well as providing another revenue stream, the concept of the rake is also useful in terms of removing currency from a game's virtual economy, while tournaments ensure that players are always spending and refilling their virtual wallets.

But it's not just a monetisation play.

"Some of the developers using Nextpeer are enhancing their games by adding multiplayer-only items such as power ups that slow down the action or shake up the opponents' screens," he says.

With 200 developers signed up for the platform (currently just iOS) and 25 games live on the App Store, you can find out more about Nextpeer via its website.