August 1st, 2012 - 04:42pm
By Keith Andrew
German mobile gaming outfit flaregames has signed up broadcasting network ProSiebenSat.1 to push two of its titles via a combination of TV ads and online games portals.

Flaregames, which was formed by Gameforge founder Klaas Kersting back in 2011, will see its titles pushed via dedicated websites across Germany, Austria and Switzerland.

Television spots will also run across ProSiebenSat.1's suite of channels.

But the agreement goes beyond a simple parting of cash to buy ProSiebenSat.1's support.

Instead, the two companies have formed an active partnership wherein both flaregame and ProSiebenSat.1 will work together to ensure the success of the two games, thanks to a revenue share deal.

ProSiebenSat.1's job will be to pitch the games, which are free-to-play, at a mainstream market, while flaregames will work on monetising the audience as it builds with "high quality" virtual items and services.

"We have watched the developments in the smartphone and tablet market for some time," said ProSiebenSat.1 Games CEO Markus Büchtmann of the network's decision to partner with flareganes.

"The market is growing rapidly and we see great potential there for our business models. Working with flaregames now is another step in that direction."

The first game to be featured, however, isn't a newcomer. Ocean Tower has already amassed 800,000 downloads on the App Store and hit top spot in Germany. 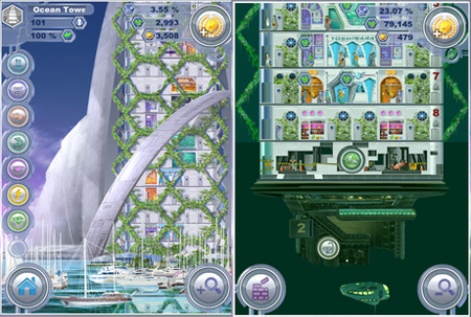 The second release is yet to be announced, though flaregames is hopeful the deal will help expand the appeal of mobile games as a whole across the firm's home territory.

"We are pleased that we were able to convince ProSiebenSat.1 Games of the quality of our first game and our model for working together with partners to expand the mobile games category," said flaregames co-founder and director of business development George Broxtermann.

"We are confident that our games for smartphones and tablets are another very interesting monetisation source for television stations and are an excellent complement to their TV programming."