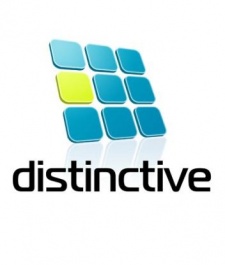 August 20th, 2012 - 05:47pm
By James Nouch, Staff Writer
Firing the starting gun on a period of transformation for the firm, Distinctive Developments has hired five new members of staff to support the company's two game labels.

Both Distinctive Games and Bad Puppet will be handled by a dedicated 'Launch & Live' team, with the company looking to both labels to grow its product portfolio.

Essentially, Distinctive is taking steps to bolster its own publishing business, adopting what it claims is a "service-minded" approach to games publishing.

As a result, Launch & Live will take over life-cycle management for Distinctive Games and Bad Puppet.

Andrea Redhead joins Distinctive as a junior programmer - a role which will see her working closely with the company's tools and technology team to develop Distinctive's proprietary development tools.

Former programming intern Matthew While is returning to the company as a graduate programmer, and Ben Homer will be working with Distinctive over the summer as a junior programmer.

"The Distinctive team has never been stronger with great people in all roles," said Distinctive MD Nigel Little.