Coding at the ready for 5-6 October 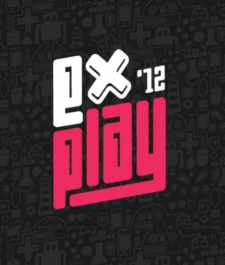 August 28th, 2012 - 01:00pm
By Keith Andrew
With promo spots at November's ExPlay Festival up for grabs, event organisers have unveiled a 24 hour Game Jam scheduled to kick off on 5 October.

Interestingly, the jam  which will be led by bio-medical scientists from the Wellcome Trust  is set to take place at two different locations, spanning both the Science Museum in London and the offices of Pervasive Media Studios in Bristol.

The idea will be for teams to create games based around an as-of-yet unannounced theme  presumably with a scientific bent - during the allotted period.

Judged by a panel of experts, the winners from each location will then be afforded the right to showcase their games to attendees at the ExPlay Games Festival in Bath, due to run between 1-2 November.

"The event brings together creative people of all types to collaborate and make games around scientific themes. With such a diverse group, were anticipating some excellent games offering a fresh take on contemporary science knowledge."

ExPlay 2012: Panellists discuss the importance of opening up play to the disabled