Gameforge to tackle free-to-play at F2P Summit in London

Putting premium in the past 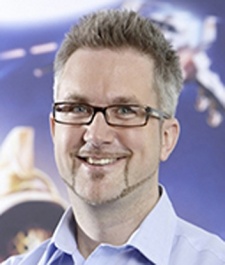 September 4th, 2012 - 03:37pm
By Keith Andrew
Adding to its existing roster of speakers, organisers behind the F2P Summit  bound for Shoreditch in London on 26 September  have added Gameforge to the event's line up.

CEO Cartsen van Husen will take to the stage to detail the firm's transition from paid releases to free-to-play just a couple of months after the German publisher announced a major move on mobile.

"I hope to bring some of our hard-won insight and practical advice to delegates," commented Carsten van Husen.

"As a major European online game publisher that is trusted by many significant developers to manage their game properties, Gameforge has been honoured to meet the challenges of the free-to-play market.

"My talk will touch on localising our games for specific cultural differences, how an effective monetisation system based on micro-transactions is developed, and how we coped with major product launches  both the highs and the lows."

Not specifically focused on mobile, van Husen will instead detail lessons learned from the firm's web-based release AION.

Early bird tickets  which offer a saving of £100  are available until 5 September from the F2P Summit website.