27 September for iOS and Android 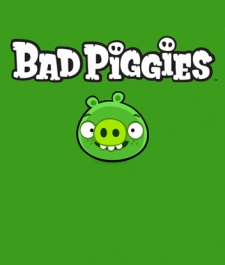 September 4th, 2012 - 04:14pm
By Keith Andrew
After a week or so of hype, Rovio has finally unveiled what's billed as the first real successor to the Angry Birds series, Bad Piggies.

The fresh franchise is due to hit iOS and Android at 99c/69p on 27 September, with a Windows Phone release reportedly following on soon after.

Speaking to Fast Company, Rovio's executive VP of games Petri Jarvilehto commented that the developer considers Bad Piggies as "the launch of a new franchise".

Indeed, whilte little is known in regards to gameplay, the site claims the game is "set in the same universe as its counterpart" and is designed to appeal to the "loyal following" the pigs have already amassed.

The pigs are said to be trapped on a desert island, tasked with building vehicles and contraptions in order to eat up a series of eggs.

Interestingly, the site also claims Angry Birds' leads are nowhere to be seen.

"I played it all last week during my holidays, and I was just loving it," added Rovio co-founder Niklas Hed

"It's hard to explain," he added of the final touches currently being applied to the game.

"You have to get the details right and iterate it so that it feels good."

It's yet to be confirmed, but PocketGamer.biz also has it on good authority that Bad Piggies has been built using Unity  the first time Rovio has tapped up the engine.

Expect more on all such details as Bad Piggies' launch date looms into view.