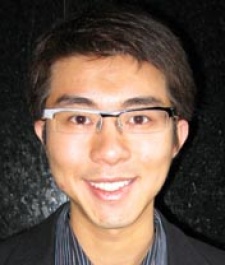 September 7th, 2012 - 03:01pm
By Matthew Diener, US Correspondent
US publisher Storm8 has been called a 'quiet giant' of the social gaming world.

Based in San Francisco, it's released dozens of free-to-play games, both through its core-focused Storm8 brand and its female-oriented TeamLava label.

Earlier in 2012, it announced its portfolio of titles have been downloaded over 300 million times across iOS and Android.

The 150-strong company is still expanding too, expecting to double its headcount in 2013.

So how has it managed this level of success?

According to CEO and co-founder Perry Tam - talking at the NY Games Conference 2012 - the secret lies in following a few simple rule and one simple formula.

Tam described Storm8 as being a SBPC (self-funded, bootstrapped, profitable company) and took pride in noting it was built solely from organic revenue and was not dependent on VC money.

(Although, it has been rumoured the company was looking for funding earlier in the year.)

Another tip given by Tam was - "Don't be a one-hit wonder. Make lots of games."

A large part of Storm8's success in marketing and distribution has come from its ability to cross-promote games to players of its existing titles. If it did not have a wide library, its userbase would not have been robust enough to help with the exponential growth it's enjoyed.

In turn, this feeds into the advice to "Lower distribution costs".

Tam said the average Cost Per Install used to be around $1-$2, although the likes of GREE and Zynga have on occasions pushed this to $7 or even $8 per install.

Yet because Storm8 is able to leverage its current users to cross-promote its new games, it doesn't spend any money on such marketing. One highlighted cross-promotional success stories was Bubble Mania, which accrued 1 million downloads in three days.

And, more generally, Tam said, "Always find a way to be first to the market." and "Don't stop innovating, otherwise someone else will take your spot".

Gamers are hungry for the new thing so if you stop innovating, they will begin to look elsewhere. Similarly, Storm8 was one of the first companies onto the beta for Amazon's in-app purchases.

This position paid off handsomely as it generated $700,000 on the platform, during the launch month, March 2012.