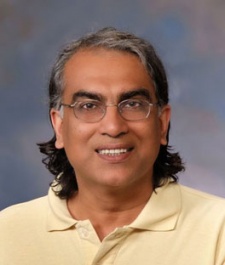 September 10th, 2012 - 11:21am
By Jon Jordan, Contributing Editor
Peter Relan has had his entrepreneurial fingers in every IT business cycle pie since the days of the original IBM PC.

This accepts highly motivated and skilled individuals (not teams), giving them the freedom and the opportunity to come with something new and potentially big in the mobile technology space.

So far, it's working pretty well, generating companies such as OpenFeint, CrowdStar, Agawi and Spaceport. Still, Relan want to do more.

"We get loads of applications. Far too many to handle," he explains.

That's why he's started up his own weekly brain dump.

Called Founder Quorum, the idea is that Relan will answer some of the key questions that wannabe entrepreneurs are asking him, as well as digging down into his own industry expertise for topics that he thinks are important.

His current track is about the evolution of a idea. Breaking the process down into seven steps, Relan is keen to stress most ideas don't work. But that's not a bad thing.

"People fixate on idea," he says.

"While only a handful ideas generated at YouWeb have actually turned into companies over the last five years, at least five times as many have been prototyped."

You can read Relan's thoughts at Founder Quorum.