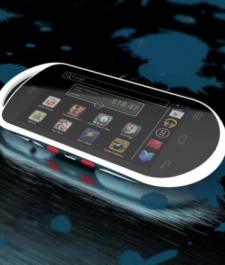 September 11th, 2012 - 04:48pm
By James Nouch, Staff Writer
EA Mobile has come out as the first major mobile publisher to pledge support for PlayMG's forthcoming Android handset, with the firm agreeing to pre-install two games on the device.

Both NBA Jam and Need for Speed: Hot Pursuit have been chosen for their "broad appeal to the 62 million US kids ages 5 to 18 years-old"  a market PlayMG hopes to win over by targeting parents.

The device itself, simply named the MG, is set to be funded by Kickstarter, with the company attempting to raise $950,000 - an ambitious sum PlayMG claims will be used to cover production and marketing costs.

Reaching said total appears an unlikely goal, however: the campaign is now nearing its halfway point, with little over $32,000 having been pledged with 16 days left to go.

Nonetheless, PlayMG founding partner Taylor Cavanah has already claimed the device will launch regardless of whether its funding goal is reached.

"Kickstarter is very important to us and is critical to accelerating our launch  and will really define the level of launch that we have," said Cavanah. But, "if the campaign is not successful, we will still launch."

Indeed, the partnership with EA Mobile could be read as a sign of faith in the US start up and its vision for the MG.

In a statement, Taylor Cavanah explained that PlayMG's newly inked partnership is "a testament to the 'more game' mission of MG."

"We are excited to be able to provide these great EA titles with no set up. Kids open up their MG, and just start playing."

PocketGamer.biz contacted Cavanah for further comment, and he told us that "this is a great sign that EA not only believes in the MG, but sees this space as an integral part of the future of gaming.

"We are in talks with other game developers right now and want to engage with many more  large and small."