GDC Online replaced in 2013 by LA-based GDC Next 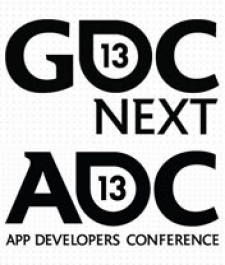 September 17th, 2012 - 07:08pm
By Jon Jordan, Contributing Editor
There have been plenty of rumours swirling around concerning the viability of GDC Online.

GDC Online has been killed off, replaced by GDC Next, which will run in the Los Angeles Convention Center from 5-7 November 2013.

More significant, perhaps, is that GDC Next will run alongside a new show.

Called App Developers Conference, this looks to be an attempt to harness the fast-growing mobile gaming space, as well as providing the opportunity to span the non-gaming sector, which will soon encompass Windows 8, alongside other browser-based stores.

Of course, GDC has covered the mobile gaming sector for years through its Smartphone and Tablet Gaming Summits - which will run as usual during GDC Online.

The App Developers Conference provides the opportunity to broaden this approach, though.

No doubt, if it's successful, GDC Next won't last long, whereas if there's little take up from non-game app developers, GDC Next can find its space in the annual conference cycle, albeit later in the year and in an unloved location compared to GDC Online.

You can find the holding pages for GDC Next here and ADC here.