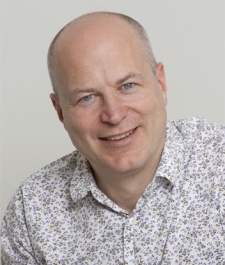 September 26th, 2012 - 10:44am
By Keith Andrew
The games themselves may change, but there are certain elements you can wrap around every social title you launch to ensure it fully engages your audience.

That's according to King.com CMO Alex Dale, who  talking during his keynote at the latest F2P Summit in Shoreditch, London  lifted the lid on the social gaming giant's steps to success.

Internally, such steps are dubbed the 'saga framework', and begin with building in a simple tutorial to introduce players to the game's basics.

Then, he claimed, you follow that up with a 'collaborative element'  for example, you build in an easy way for players to engage their friends, rewarding them with coins or prizes if they sign up.

King.com also builds in a storyline and map to give players a sense of progression as they make their way through play  something that post release optimisation based on analytics can also help with, enabling the firm to iron out the bumps if players are struggling with a particular level or task en masse.

"The key balance when it comes to optimisation is delivering something that challenges the player, but also doesn't leave too many of them behind," said Dale.

"After a particularly difficult level, we then give the player a relatively simple level. This reinforces the idea of progress."

Dale also detailed King.com's progression from a Facebook-focused outfit to one with a hunger for mobile, spelling out the practical difficulties when re-coding a game for a smartphone interface.

Elements such as text, for example, can be replaced with simple symbols to help accommodate the smaller real estate a mobile's display provides.

"We have a fairly distinct development process," he concluded, suggesting King.com only delivers the cream of the crop to smartphones, with the company aiming to convert half of its Facebook userbase to mobile longterm.