# f2psummit Tick off the checklist 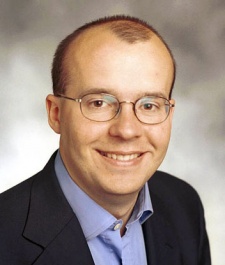 September 26th, 2012 - 11:36am
By Jon Jordan, Contributing Editor
Taking a bulletpoint approach to the F2P Summit, Gamesbrief's Nicholas Lovell burst through his 15 Basic Rules of F2P.

It's part of an ongoing series running at www.gamesbrief.com/rules

We're making games. There maybe different definitions of fun, but games need to be fun, even F2P games.

Games need to be snackable. Can you have game session while you're in a queue for coffee?

Like a Pixar movie, appeal to different audiences. A good example is Jetpack Joyride. There are specific achievements, but there are other ways to play, which in this case involve the tension between collecting coins and trying to stay alive for as long as possible.

Other options can include beating your friends' high scores. Another example is Temple Run.

Paywalls are bad. A timed trial or a demo mode isn't being generous. The most expensive thing in F2P gaming is about getting players, not making the game, so don't annoy your players.

To get players to buy some IAP - your #1 objective - you need to make their first purchase absolutely brilliant.

Again Jetpack Joyride does this well with its counterfeit coin maker, which doubles your progress through the game.

This is reflected in research that says that the average single IAP transactions in the US during 2011 was $14.

Despite the slightly confusing terminology, Lovell argues that F2P games should be focused on exciting players in terms of rewards and progression, not beautiful graphics ('console-style') for their own sake.

(The confusion occurs as many F2P developers talk a lot about 'polish', when they're talking about rewards.)

The first few minutes of a games are important so you need to get the player invested in the experience.

You should never 'lose' in a F2P game. The game experience should never tell you that 'You Suck'. Getting players is hard so don't annoy them. This can be as subtle as replacing a 'Game Over' message, with a 'Well Done' status message at the end of the game session.

14. No one knows the answers now

The F2P business is changing so quickly that no one knows the answers all the time.

You need to experiment, but you need to know what answers you're looking for - with metrics. Also, experiment at a low risk, not a single-shot, all-in experiment. And when you have success, iterate and do it all over again.

You're providing a service. Your game is never done.