#f2psummit Users will get used to the new model 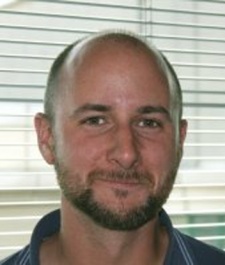 September 26th, 2012 - 02:58pm
By Keith Andrew
With the success of CSR Racing under his belt, Boss Alien MD Jason Avent took to the stage during his keynote at the F2P Summit in London to detail his mobile experiences to date.

Lesson one? PR lacks a real punch when it comes to freemium games.

Such is the size of a game like CSR Racing's audience, he claimed, that trying to communicate with that number of users through PR is a fruitless task.

"It's not really worth doing PR beyond that first kicker to get in the charts," opened Avent.

"But because of the volume of people you get in a freemium game, you can't contact that many people through PR."

Mirroring his appearance at Develop in Brighton, Avent admitted Boss Alien had been "very, very lucky" to enjoy such success with CSR Racing.

Avent speculated that Boss Alien's smash could end up being the "biggest freemium game on iOS in 2012", with CSR Racing having amassed $12 million in revenue during its first month on the App Store.

Boss Alien  which was recently acquired by NaturalMotion  is not alone, however. According to Avent, $100 million mobile games are "happening now" for some of his rivals.

"The games industry is going to be bigger than it ever was," he added.

Specifically in regards to freemium, Avent said it's crucial not to try and entice the player into paying in play too early.

"Around the first 45 minutes of CSR Racing can be played for free," he said. "The thing is, the longer players have an association with the game, the longer that can evangelise about it with their friends and  crucially  the more likely they are to spend in play."

Indeed, Avent said people should be able to play for free as long as they want to, though it's fair game for a developer to decide just when players can play without paying and for how long.
CSR Racing players, for instance, can pay for gas to play on, but the road shouldn't be too bumpy for those that zip up their wallets.

Of the adverse reaction some gamers have had to the freemium model, however, Avent described some of the negative ratings CSR Racing has suffered due to its gas system as "xenophobia".

"This is early days for freemium," he added, claiming such an adverse reaction is to be expected when most users have grown up used to the premium model.

In fact, if users aren't complaining, he said, then your model is probably too cheap.

"This is how every business operates," he said. "You have to reach the point of resistance. You have to judge whether revenue matters to you."

Nonetheless, Avent concluded by repeating that "freemium games need to be free" in order to live up to their name.

"At the moment, freemium is like a dodgy used car salesman  we're still learning. We will get cleverer at all this eventually. Sell users what they want when they need it - that's the future, I think."

Reply
Dave Reed
It's very easy to 'hate' a monetisation model, especially after enjoying 3 decades or so of something that worked pretty well. ('buy game, play game, keep game!')

And after that, we're faced with the current state of F2P - which with few exceptions is ugly and exploitative, with game design is being severely compromised to fit this monetisation trend.

To me, 'no in-app purchases!' is about the biggest selling point that your mobile game can have :)

Reply
Dave Reed
As a developer and a gamer, I also hate F2P fairly passionately.

Yes, very occasionally, a 'good F2P' game comes along, but generally it just makes the game - often an otherwise-well-made-game seem ugly and exploitative. (I've not played CSR, so not sure where that sits on the good/evil spectrum)

I'll happily pay for real content, full-game-unlocks, removal of ads, and the occasional cosmetic item. But I don't really count games that do that as F2P games - more like variations on demo/full game. For now, I'm sticking to my policy of never, ever paying for a consumable item in a game.

I wouldn't be the first to say that F2P is a cancer on the games industry - games are being designed around squeezing money out of players, inserting excessive grinds that need skipping, rather than providing the best gaming experience.

And I'm not convinced that F2P can work in the long term, due to having such low conversion rates, needing so many users to become a success. When there's not too many F2P games, yes, at least a few can be huge successes. But when there's thousands of reasonable quality F2P games, will any of them manage to attract the millions of users required to find the small few that will spend money on the game?

(Oh, and could F2P devs please sod off with the gems/smurfberries/coins or whatever. Stop the cheap exploitative tricks with that, and let me pay in Â£ or $!)
Posted 9 years, 9 months ago

Reply
Mike Rose
And obviously I meant "is the future", not "free"
Posted 9 years, 9 months ago

Reply
Mike Rose
See, he completely contradicts himself at the end there. Apparently those people, like myself, who are not smitten with the F2P model are "xenophobia" because its outside of our comfort zone. Yet moments later, he admits, "At the moment, freemium is like a dodgy used car salesman Â– we're still learning."

The reason many traditional gamers do not like the F2P *at the moment* is because of exactly what he describes - the way it is currently implemented by the majority of games is dodgy as hell. It's not that people like myself are saying "free-to-play is going to be crap forever" - what we're actually saying is "in its current state, free-to-play is evil", which he has so kindly echoes right there.

I have no doubt that free-to-play is the free - it's pretty difficult to come back from a free market and start charging again! - but until studios actually start treating F2P with respect, instead of working how out to best wring its audience dry in the quickest time possible, myself (and no doubt many others) will be steering clear.
Posted 9 years, 9 months ago