#f2psummit Few firms will focus on one format 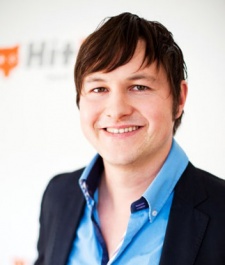 September 26th, 2012 - 04:36pm
By Keith Andrew
Serving as CEO at game marketing and distribution incubator HitFox Game Ventures, Jan Beckers' talk at the latest F2P Summit in London focused on the idea that mobile developers will so expand to publish on multiple platforms.

According to Beckers, a cross-platform strategy for most is inevitable.

The barriers between different forms of hardware will no longer exist  it'll be all about targeting specific genres rather than platforms.

"Competition in mobile gaming will heat up faster than on any other platform before," warned Beckers, claiming that the initial mobile gaming boom was over quicker than it had been both for web-based games and Facebook.

The days of simply putting your game out there and relying on the growth of mobile as a whole to shift downloads are long gone. The platform has already reached maturity.

But that doesn't mean the market is getting sterile. Indeed, mobile developers are still evolving - to the point where studios currently focusing on just one platform will soon move to cover multiple formats.

"Publishers will not be 'mobile' or 'social' games publishers in the future  they will be publishers on all platforms," he concluded.

"Only a few players will be successful on all platforms and all genres, however. The key to distinction will be focusing on a specific audience or genre rather than a specific platform."

Reply
Phil Maxey
I think cross-platform publishing is the future for everyone, mobile/AAA etc.
Posted 9 years, 9 months ago