Avoid copycat apps at all costs 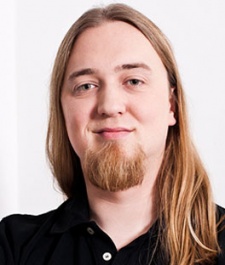 A strong advocate of independent development and self-publishing, Kassulke spoke of his concerns that small operations are limiting their opportunities by aligning their ambitions with the size of their offices.

In fact, far from being restricted by their scale, Kassulke believes smaller devs which operate without the aid of large publishers are uniquely placed to capitalise on an ever-changing market.

"As a smaller independent developer [you] are faster. You are more agile than a large tank like Gameloft," Kassulke enthused.

It is this ability to react and adapt to rapidly fluctuating trends and consumer demands which, Kaussulke believes, gives indies an edge over projects publisher-supported enterprises.

Speed is not the only key to independent success, however. Rather than attempt to emulate the gameplay of a popular title, Kaussulke believes that the big rewards  both creative and financial - come from innovation.

"Don't try to develop the next Angry Birds," Kassulke warned. "You will fail."

"You cannot reinvent the wheel. Other companies can copycat better than you. They have the resources for that."

HandyGames has enjoyed global success on the Android marketplace with free-to-play titles like Clouds & Sheep and the Guns'n'Glory series.