#gdconline It's time to grow up 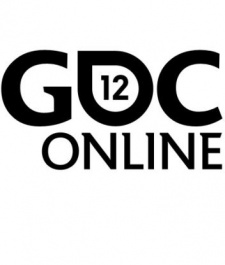 October 11th, 2012 - 11:57pm
By Jon Jordan, Contributing Editor
'Ahead of the Game: Ethics of Modern Game Development' - that was the prosaic title of what turned out to be a passionate discussion at GDC Online 2012.

Interestingly structured, the topic was presented as a debate between Nik Davidson (currently working at Amazon, but a longterm developer of MMOGs) taking the moral high ground.

Scott Dodson of Bobber Interactive was the 'evil business man' role; although his monocle kept falling out.

Moderating between the two was Scott Rigby of Immersyve, author of books such as Glued to Games: How Video Games Draw Us In and Hold Us Spellbound and a motivational research psychologist.

All three participants were happy to step out of role, however. Indeed, Rigby started off pointing out that the game industry now employs the language of subtle control.

"Do players really want to be referred to as whales?" he asked. Davidson said Disney always uses the term 'guests', something he argued could change corporate attitudes.

He took a similar approach in terms of the way metrics - especially in free-to-play games - are changing the way developers make and run games, and look to exit their companies.

Pointing to early MMOG Ascheron's Call, which he worked on, he noted "We didn't track first day retention. People didn't leave after one day. We had people playing that game for years."

Short-termism underpinned much of this discussion, particularly when an audience member from Zynga asked a question about how you could raise such ethical matters in a company manner.

Davidson suggested companies need to be very specific about what metrics they focus on - the 'You become what you measure' philosophy - arguing it's better to look at longterm engagement and monetisation. Not only is that the foundation for longterm success, raising these will also improve short term activity.

"I think too many people are looking to build their companies quickly and flip [sell] them," he suggested.

Rigby said he thought Zynga had a great opportunity to turn its business around, as it has the best metrics and analytics in the industry. Having to deal with Wall Street makes the situation for the publicly-owned company more complex, he noted.

With his business monocle in place, Dodson argued there was nothing wrong with the concept of whales.

"Most players are getting to play their games for free and we're only taxing the rich," he said. "What's wrong with that?"

Davidson had plenty to say.

"People say it's all oil billionaires spending large amounts but we know it's teachers and truck drivers who are spending more than they should," he argued.

"Our market is suckers. Our industry is funded by mentally ill rich people."

This generated a wider discussion about whether people are good at working out the value of virtual goods, something Davidson underlined saying that states lotteries are using tax dollars to market 'opportunity' to poor people who are bad at math.

Dodson was happy to agree that there are harmonious and destructive cycles of play, but that game companies only had limited responsibility.

For example, he thought that parents complaining about their kids buying hundreds of dollars of Smurfberries in Smurfs' Village were to blame for the situation, not Apple or Capcom.

"We've slowly boiled the frog, the frog being our customer," counted Nik Davidson, with the example that the situation in Japan got so bad the government had to step in, banning the semi-gambling 'gacha' mechanic.

Moving on from free-to-play economics, the topic of moderating communities was raised.

"If we enable communities, we can't turn our back on what happens in them," Davidson stated. "We can police this, but frequently we don't."

He pointed to Riot Games (League of Legends) as an example of company with a highly competitive, highly male community but which was very active in ensuring its community was well policed.

Dodson echoed the business case for such moderation, saying even hardcore gamers don't like 'ass-hats'.

"One ass-hat spoils it for 100 players. This is extremely compelling from a business point of view."

Concluding, the discussion turned to the broader issue of how games integrate within players' lives.

Rigby pointed to research that stated there wasn't much difference in terms of life style outcomes where people played games for 2 hours or 20 hours per week.

"But around 21-23 hours of play a week seems to be a limit to well-being," he warned. "Above that, well-being falls off a cliff."

Yet, he said the research said that only people with poor life satisfaction would spend such amounts of time playing games. It wasn't games that were triggering that behaviour.

And all three panelists agreed games are a positive channel for generating satisfaction in their audience.

But in answer to a question about putting this debate in context in terms of all the realworld harm that occurs though alcohol, cigarettes, guns etc, Davidson said "The difference is we own the playground".

"Games are an important part of people's lives and we have to think seriously about these issues," ended Rigby.