Meanwhile, US pricing is revealed 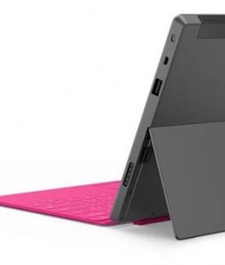 October 16th, 2012 - 01:56pm
By James Nouch, Staff Writer
UPDATE: Since this story was published, Microsoft has revealed UK pricing for its ARM-based Surface tablets, with prices starting from £399.

Microsoft expects to sell somewhere between 3 to 5 million Surface tablets during the device's first quarter on sale, with mass production currently underway.

That's according to the Wall Street Journal, which claims sources 'familiar with the situation' have gained access to the American giant's initial orders with its Asian suppliers.

If the figures are accurate, it suggests Microsoft is especially bullish about Surface's chances at retail.

Running with the big boys

To put the order in some context, Google projected 2012 sales for its Nexus 7 tablet to hit 3 million, with the tablet  already the best selling Android slate on the market in the UK  having gone on sale in July.

The Wall Street Journal's sources also claim that Apple has put in an order for the production of 10 million iPads Minis for Q4. The paper states production has already begun, lending further weight to rumours to Apple will launch a small-form iPad this month.

As for Surface, TechCrunch claims US prices for the ARM-based Windows RT range have been accidentally been published by Microsoft, with the 32GB unit devoid of a touch cover coming in at $499.

In comparison, the lowest-spec new iPad is also priced at $499, though it sports half the memory at 16GB.

The touch cover equipped 32GB Surface will retail for $599, with the top-end 62GB SKU coming in at $699. UK and European prices are yet to be revealed.