'Everything is as fair as it has always been' 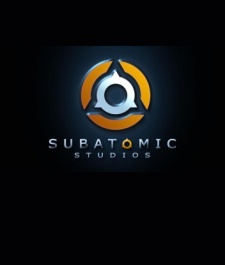 The independent US developer claims that, since the release of Fieldrunners 2, fan reaction to the game has been divided.

"One group applauded our lack of IAP because it broke the norm and incentivised them to really develop their skills in the game," explained Subatomic's marketing and PR manager Alec Shobin in an unpublished fragment from an interview with The Verge.

"Meanwhile, another group of fans resorted to repeatedly emailing us, requesting that we add a way for them to buy virtual currency  they appreciate and almost expect that feature, especially in an iOS game."

Subatomic has been keen to keep both sets of players happy, and initially felt that the introduction of IAPs risked "souring the user experience".

So, the studio added a feature whereby players were rewarded with in-game currency for tweeting high-scores and 'liking' the developer on Facebook.

"I'd argue that this feature potentially adds just as much value as we would have gained from IAP since it essentially pays players in-game currency in exchange for spreading the word about our game in a way that encourages them to compete with their friends," explained Shobin.

"Still, this didn't really stop the amount of fan requests for IAP"

So, Subatomic Studios is finally taking the plunge and introducing in-app purchases that allow players to pay for in-game currency.

However, the developer clearly remains concerned that the change will be met with hostility by a certain segment of its players, and is keen to stress that the design of Fieldrunners 2 will be unaffected by the introduction of IAPs.

"A major facet of this decision is that we allowed players to demonstrate that they can earn more than enough virtual currency to experience all we have to offer simply by playing the game normally," explained Shobin.

"There are no pay walls, nothing set up to slow or stop their progress, and we aren't changing the value of items that could be purchased with virtual currency."

Shobin emphasised: "everything is just as fair as it has always been, except now we can meet the needs of that group that really just wants to pay for virtual currency."

But although Subatomic is introducing in-app purchases to the game, Shobin believes that the success enjoyed by Fieldrunners 2 to date is proof that there's still an appetite for premium priced offerings on mobile.

"I feel like we've demonstrated that pricing your games appropriately, and not undervaluing them to stay competitive, is now a viable strategy in the mobile marketplace."

"Players are ready and willing to pay a bit more for games that are stuffed with content, which leads to a much healthier marketplace for developers."

This is true if what you are launching already has awareness in the pubilc, i'e it's drawing on the success of a well known brand, it's a sequel or you can throw a tonne of ad money at it, otherwise F2P is the way to go.
Posted 9 years ago

Reply
James Nouch
Hi Alec. Thanks for the message and apologies for mangling your name. All fixed now.
Posted 9 years ago Reply
Alec Shobin
Thanks for covering this news! Really happy to spread the word about our experiment. If you could correct my name in the article to Alec instead of Alex, the SEO guy inside me would appreciate it :)

Thanks!
Posted 9 years ago