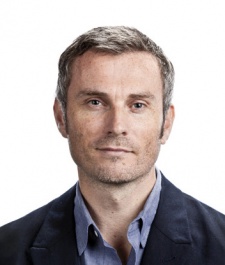 Ngmoco co-founders Neil Young and Bob Stevenson have stepped down from their positions at the company, just over two years after ngmoco was acquired by DeNA for $403 million.

Neil Young will remain on the DeNA board of directors for now, but steps aside as ngmoco CEO, a position he had held since founding the company.

His departure makes way for head of studios Clive Downie (pictured) to step up as his replacement.

As ngmoco CEO, Downie will be responsible for all operations of DeNA's San Francsico-based subsidiary, as well as the western operations of the Mobage mobile gaming network.

"As our Western business moves from its platform building and global integration phase to awareness building, publishing and operating a robust portfolio of games that entertain the world, Clive's talents and understanding of our business make him the perfect person to drive Mobage in the west," explained DeNA CEO and president Isao Moriyasu.

DeNA's statement emphasises that, although they're moving on to their "next adventure," Young and Stevenson both fully support this "executive transition."

"We couldn't be happier that Clive, our long time colleague and friend is taking the reins of the western business by becoming the new CEO," Young explained.

"Our confidence in Clive and the momentum of DeNA's business in the west makes this the right moment for us to move on to our next adventure."

That was the year that was: Clive Downie, ngmoco