The company said this performance was down to the sales of titles such as Tiny Farm and Derby Days in Korea, and more generally old favourites such as its baseball franchises ProBase, 9 innings and Homerun Battle.

Com2uS' sales in Korea were up 292 percent year-on-year, compared to a rise of 48 percent for international sales. 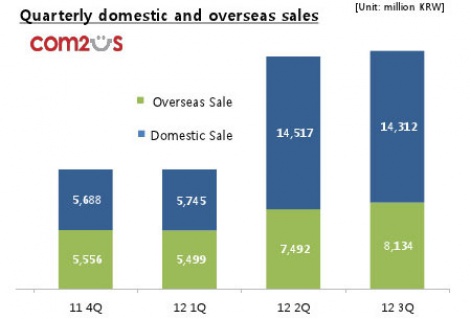 During the quarter, it released 3 games on iOS, 10 on Android and 6 on SK Telecom's Tstore.

It expects to release 6 iOS games, 13 Android games and 8 games on Tstore in the final three months of 2012.