DeNA revealed consumption of its Moba-coin virtual currency in Japan was $700 million.

This is higher than Q2 revenue as users generally have a wallet of unused coins in the system, whereas revenue measures the real money purchasing of coins, not their use in-game.

The company also commented that during September, coin consumption on smartphones was higher than feature phones, underling the platform's transition from Japan's proprietary devices to iOS and Android phones.

Outside of Japan, Moba-coin consumption was almost $30 million, with Mobage games such as Rage of Bahamut, Blood Brothers and Ninja Royale ranking high in the US top grossing charts, especially on Android. Namco Bandai's Gundam Card Collection also performed strongly in Japan.

These games are generating over $1 per active daily player. 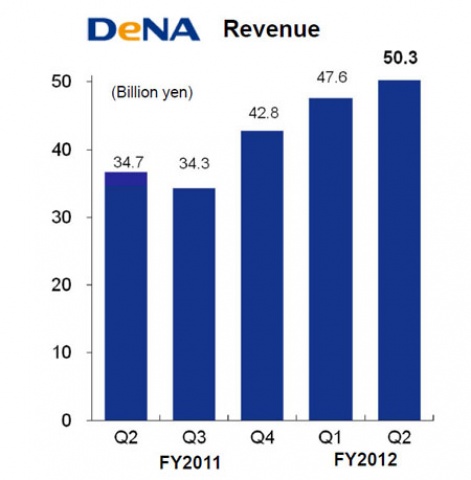 "In our second quarter we continued to see steady growth internationally, as well as in Japan," said DeNA's CEO Isao Moriyasu.

"In order to build the world's top social games platform, we must stay focused on expanding our audience and delighting our customers with exciting games that will keep them engaged."

DeNA expects Q3 to continue this growth, with Moba-coin consumption outside of Japan predicted to double to around $60 million on the back of releases such as Marvel: War of Heroes. 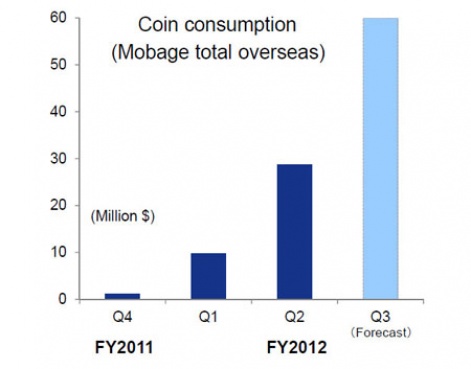