Android eCPMs rise 26% during Q3, but the Apple premium remains

The conclusions are generated from the 20 billion monthly ad impressions that ran through its real-time bidding service.

This will rise for Q4, however, as the company recently announced it was now handling 1 billion ads a day.

In terms of headlines, the gap between the price of adverts running on apps and games on iOS and Android devices continues to shrink. 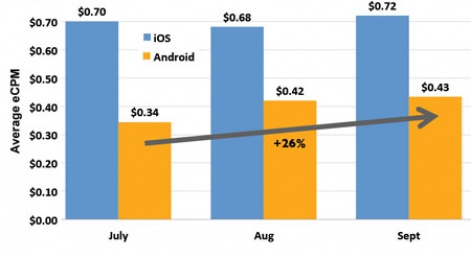 Indeed, this can be seen most clearly as cost of advertising within iPad apps is double that of apps running on Android tablets. 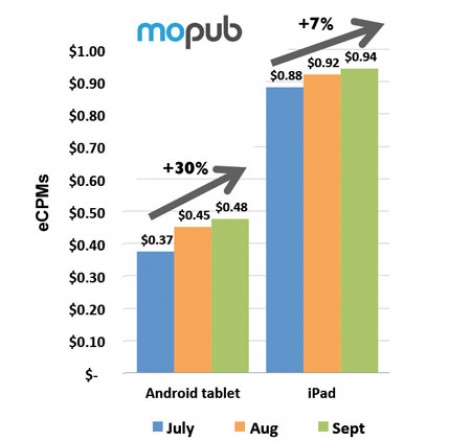 The other key trend is the importance of the advertising experience - both in terms of the premium attached to rich media ad units such as videos, as well as impressions backed with key words. These typically help in terms of targeting by gender and age.

The addition of such information can increase the value of ads by 40 or 50 percent, as it enables brand advertisers to get involved in mobile campaigns.