Smartphone & Tablet Games Summit 2012: The golden age of low-cost user acquisition is over 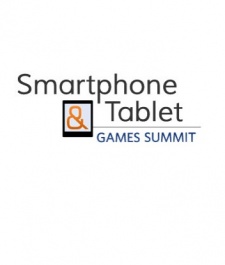 November 15th, 2012 - 07:24pm
By James Nouch, Staff Writer
"This isn't the golden age of Facebook, where you could get lots of viral installs for free," said Gerard Cunningham, CEO of Android casino gaming company Koolbit.

"You are going to spend money on acquisition."

Cunningham was talking as part of a panel discussion on monetising the multi-platform landscape at the Smartphone & Tablet Games Summit, but the roundtable discussion was wide-ranging, and dealt largely with the rising costs of user acquisition.

The panellists then turned their attention to the key differences between the iOS and Android ecosystems, and several of the speakers agreed that Android is in the ascendant.

"For me, Android is probably the lead platform now," offered Tapjoy's VP and GM for Europe, Paul Bowen. "It's at 75 percent market share in the EU5, and growing."

"If you're thinking about the future, you want to be on a growing platform, rather than on one that's just holding market share."

Riling up the crowd

Cunningham, too, was bullish about Android's rate of growth. "This will be the Christmas of Android. Next year will be all about Android."

"And it's too late for a brand new start up now to start building on Android," Cunningham said  a statement that received a theatrical "oooh" from the assembled attendees.