Live from the 2nd Best of British 48 hour game hack

November 17th, 2012 - 04:30pm
By Keith Andrew
Almost four months to the day after Best of British held its last hack, the UK's finest indie studios are back in Shoreditch, London for a second run at creating a mass of mini-games in 48 hours.

Yet again taking place in the marvellous offices of Mind Candy, the challenge this time is to create a series of WarioWare style contests using Unity 4, all centred around the theme of 'winter sports'.

It's a logical approach, given the fruitful result of the indie collective's first hack, Best of British: Summer Sports, which launched on iOS and Android in September.

"In all seriousness though, the vibe at these hacks is so infectious, and especially so with the Best of British crew, that when someone tentatively suggested we repeat the whole event, a surprisingly large amount of people jumped at the chance." 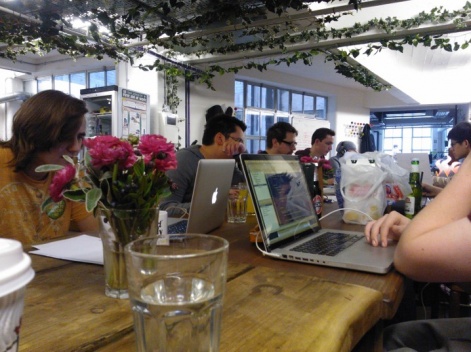 A few teams hard at work...

It's fair to say that, as far as the ideas side of the challenge goes, the rules are intentionally loose.

One of the goals here is to continue to foster a genuine sense of community between those studios working on the hack. While every developer involved wants to add a quality game to the pile, this is not about serving up the next Angry Birds.

It's about making strong connections.

Smith's own team is working on several games, one of which involves dashing to avoid flakes of mysteriously coloured yellow snow.

Just what caused this particular discolouration is never made clear  one suspects it's not orange juice  but one area Smith is keen to clarify is the strength of the hack as a whole.

"I'm glad I got swept along in the enthusiastic tide, as so far the event's been brilliant fun," he added, confirming that the game bundle's release date has tentatively been set for "some time this winter." 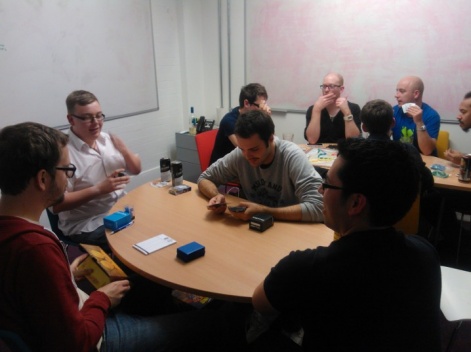 A few teams hard at play...

Day one ended with a mixture of teams hard at work, while others took a breather with a quick game of FIFA 13 or Magic: The Gathering  yours truly slipping in a goal or two to universal delight in the former  with day two likely to play host to the bulk of the work.

Check the video below for a series of mini-interviews with those taking part, including Smith himself, as well as Greedy Bankers' Alistair Aitcheson, IndieSkies' Andrew Roper and former Mobile Pie man, now Doctor Monolith CEO Will Luton.

You can find out more about the Best of British on the collective's Facebook page.