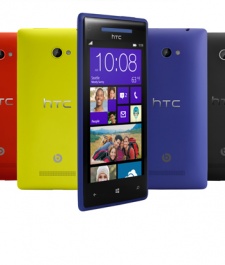 November 22nd, 2012 - 05:54pm
By Keith Andrew
Having come out in support of Windows 8 in time for launch, YoYo Games has announced GameMaker: Studio developers can now export their games to Windows Phone 8.

That means both new projects and pre-existing titles can now be launched on the Windows Phone Store via a "quick and easy process", with CEO Sandy Duncan describing the move as a "very real opportunity for developers to engage in a flourishing new market."

"We think Windows Phone 8 is a great thing as it is a very real alternative to Apple and Google dominance," added CTO Russell Kay in a previously unpublished portion of an interview with PocketGamer.biz last week.

"It provides consumers with something that is visually different, and it provides developers with an opportunity to innovate with new content for a new audience."

YoYo Games has recently thrown its full weight behind Microsoft, supporting its PC and tablet OS Windows 8 via a $12,000 strong competition for GameMaker: Studio devs working on the platform.

"The world has moved on, and Microsoft is rushing to catch up." said Kay of Windows 8.

"As margins are cut and retail falls away, both Apple and Microsoft have realised that they have an opportunity to channel customers through their own portals and to replicate Valve's success with Steam.

"Windows 8 is an opportunity to gain experience in a market that is quite different from the mobile space  related but different because there is a lot of cross over with the iPad audience."

GameMaker: Studio professional customers can add the Windows Phone 8 module for $199, with the export module coming as a free update for all new and existing master collection customers.