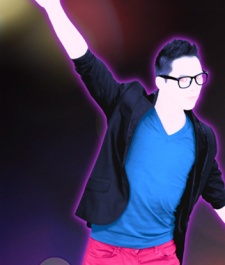 November 29th, 2012 - 04:05pm
By James Gilmour, Video Editor
Achievement within the field of mobile marketing was recognised yesterday when Crispin Porter & Bogusky walked away with the grand prize at the Game Connection Marketing Awards.

The Autodance app, which was created by Crispin Porter & Bogusky to promote Ubisoft's Just Dance 3, allows users to record short clips of themselves and their friends dancing.

Once the video has been captured, the app loops and syncs your best moves to a music track, creating your own personal (and often hilarious) viral vid.

Thanks to Facebook and YouTube integration, the Autodance app generated an reported 48 million uploads from a user base of 8 million.

In fact, the campaign was so successful that Ubisoft decided to incorporate the app's functionality into Just Dance 4, making the Autodance campaign a literal game changer.

Other mobile-focused contenders for the Game Connection's Best Marketing Team of the Year included TBWA Brussels, creators of The World is in Play campaign for PS Vita (see below).

Walking away with the Best Experiential Media Campaign accolade, the team generated a buzz when it travelled to Brussels to turn the world's biggest subway station into a football stadium.

Game Connection boss Pierre Carde, who also hosted the awards in Paris, assembled a diverse jury of journalists, publishers, and developers, all of whom worked together to whittle down the 120 candidates to 21 nominees over 7 categories.

Keen to evangelise the work done by the marketing community, Carde spoke of the increasing complexity of promotional strategies, and shared his belief that inspired marketing is becoming "more and more critical" if developers are hoping to improve visibility in an increasingly crowded marketplace. Reply
Matt Rose
I cant find Autodance on the iOS app store, is it still available to download?
Posted 8 years, 4 months ago